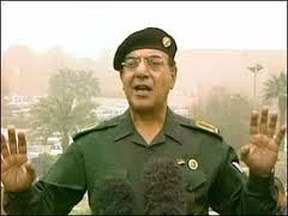 “Pay no attention to the 500 Dead Humans...According to experts, dog aggression is not the same as human aggression!"

Those are some of the common, idiotic and worthless platitudes from the Dog Fighters and Pit breeders desperate to keep the blood money pumping in. The FatalPitBullattacks.com website documents an ever-growing tally of nearly 400 US Pit Bull Dog Bite Related Fatalities (DBRFs). The compilation below contains 120 Pit Bull DBRFs from outside the United States. When combined with the US body count, over 500 humans have been killed by Pit Bulls. Currently, there is no movement within the Pit Bull Breeding Community to produce and sell a safer Pit Bull. 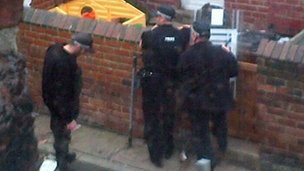 Dec 2013, Leeds, England; 27 year old Pit Nutteress who is a mother of four is killed by her Staffa-shredder and illegal pit bull


Nov 2013, Botswana; 30 year old able bodied police officer is pulled down and gripped by his own dogs....dies the following day from his injuries

Undertakers haul off another one
Aug 2013, Maraval, Trinidad, 84 year old woman mauled to death at the family pit breeding emporium. Police respond with a hail of bullets... but alas it is too late.

Aug 2013, Mexico, 20 month old toddler pulled into fence by pit bull, rendered by the pit and other canine a companions

Dec 2012, Surrey, UK; Elderly Dog walker Brian Cruse dies after his dog is attacked by loose. illegal pit bull and he falls and strikes his head during the melee  * Note; This is not a text book DBRF, so it omitted from the bodycount

Dec, 2012,  Prague, Czech Republic;  A 1 year old boy has been bitten to death in Prague. The mother undergoing psychological treatment after the attack

Dec 2012, St Catherine, Jamaica; 2 year old Ronica Gregory is killed by a pit bull.  The dog had previously attacked once before and the case was before the courts

Aug 2012, Nanjing, China; America's Pit Bull pestilence problem is finally exported to China as owner is killed by his own Pit Bull in the street  Be sure to watch the video...The owner looks to be hitting the dog in the face with his break stick as it tears his crotch apart

Aug 2012, After Grandfather traffics stray San Diego bred Pit Bull across the border to Tijuana, Mexico, it kills his 4 year old Granddaughter just 3 days later. * Note this is the 4th DBRF from a San Diego bred pittie in under a year!

March 2012, Brazil: Pit Bull kills it's owner  Be sure to watch the heart warming video!


Oct 2011, Luanda, Angola; Pit Bulls devour a 4 year old boy when he is dropped off for a playdate at a pit owning friend's house

June 2010, Tenerife, Spain; 3 year old boy killed by recently adopted Pit Bull that was neither licensed nor insured as required by law

May 2010, Pontevedra, Spain; 2 year old toddler killed by Father’s “Not so” Nanny dog

May 2010, Vanderbijipark, South Africa; 21 year old Jason Waverly killed by his own Pit Bulls when breaking up a fight and they turn on him

Nov 2009, Lima, Peru; 85 year old Santos Garcia gets Darwined by a Pit Bull he had owned for 7 years

Nov 2008, Johannesburg, South Africa; In the Holy Mother of all Darwin attacks, 74 year old Grace Page is ripped apart by her Pit Bulls. Her dogs wouldn’t release her even while neighbors scalded them with boiling water…*Note; Now that’s Gameness!

Aug 2008, Nizhnevatorsk, Russia; Pit Bull owner killed by his own dog when he invited his friends to come and visit him for drinks and snacks. When the dog bit the man by his leg, the guests thought that the pet was simply playing with its owner. The next minute the dog jumped down his throat. “It was impossible to pull the dog away. The Pit Bull was clinging to the man’s throat and caused severe injuries to him.

March, 2008; Finland; Article states that the entire country of Finland has only sustained 4 DBRFs...one of them, a 2 year old boy killed by a Staffa-Shredder

April 2007, Prague, Czech Republic; Woman killed by her own Staffordshredder

May 2006, Ontario, Canada; 77 John Martin has throat ripped out by his unlicensed –illegal Pit Bull

July 2004, Pretoria, South Africa; 79 year old Daniel Jacobus va Vuren killed while separating his Daughter’s Pit bulls that were fighting. His wife sits helplessly in the car listening to him being mauled to death

April 2004, Jundiai, Brazil; 8 year old Luana da Silva Oliveira died in the hospital after spending one week on life support after being mauled by family Pit Bull which also attacked her entire family. Her organs were donated after they decided to pull the plug

May 2003, UK; 45 year old George Dinham killed by his Staffordshredder that he had owned for 4 years. Note: The link states that after passing BSL the UK had gone 9.5 years without a DBRF. A Pit Bull kills an American every 18 days!

April 2002, Brindisi, Italy; After Farmer is killed by beserking Pit Bull, Italian Police use robotic IED to blow it up.* Note: GENIUS!

*Update: This article both elderly farmers died in the Brindisi incident

Dec 2001, Tegucaipa, Honduras; Pit Bulls are banned in the capital city after an elderly pit owner is killed and his wife and grandchildren are mauled. The story cites "at least 10 people have been killed by pit bulls in Honduras over the past two years"  Sheesh!

Oct 2001, Riga, Latvia; Man dies of heart attack while trying to save his friend from his Pit Bull. The disloyal beast turned in him

May 2001; South Africa; Two elderly Pit owners are alerted to the dead man in their garden when they noticed their two wigglebutts covered in blood

Sep 1999, Russia; 7 year old girl killed by Staffordshredder that was locked in the bathroom when her parents went to work

Killed by the family pit bull named "Hat Trick" in Ontario
June 1997, Ontario; Canada; 7 year old Sharon Reynolds; Forensic pathologists determined she was killed by a Pit Bull named “Hat Trick” years after her mother was jailed due to authorities believing Sharon had been stabbed to death

Nov 1996, Budapest, Hungary; Hungarian Parliament bans the import/breeding of Pit Bulls after several serious attacks on children including one death

Aug 1994, Moscow, Russia; Man has throat torn out while sleeping by his “Bull Terrier”

*Disclaimer…You Can’t Make This Stuff Up!


A Pomeranian Once Killed A Baby

For Pit Nutters, The Postman Only Rings Once 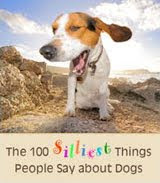 The Truth About Pit bulls 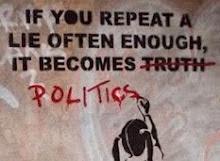